Best fireworks displays in Massachusetts: 10 of the best 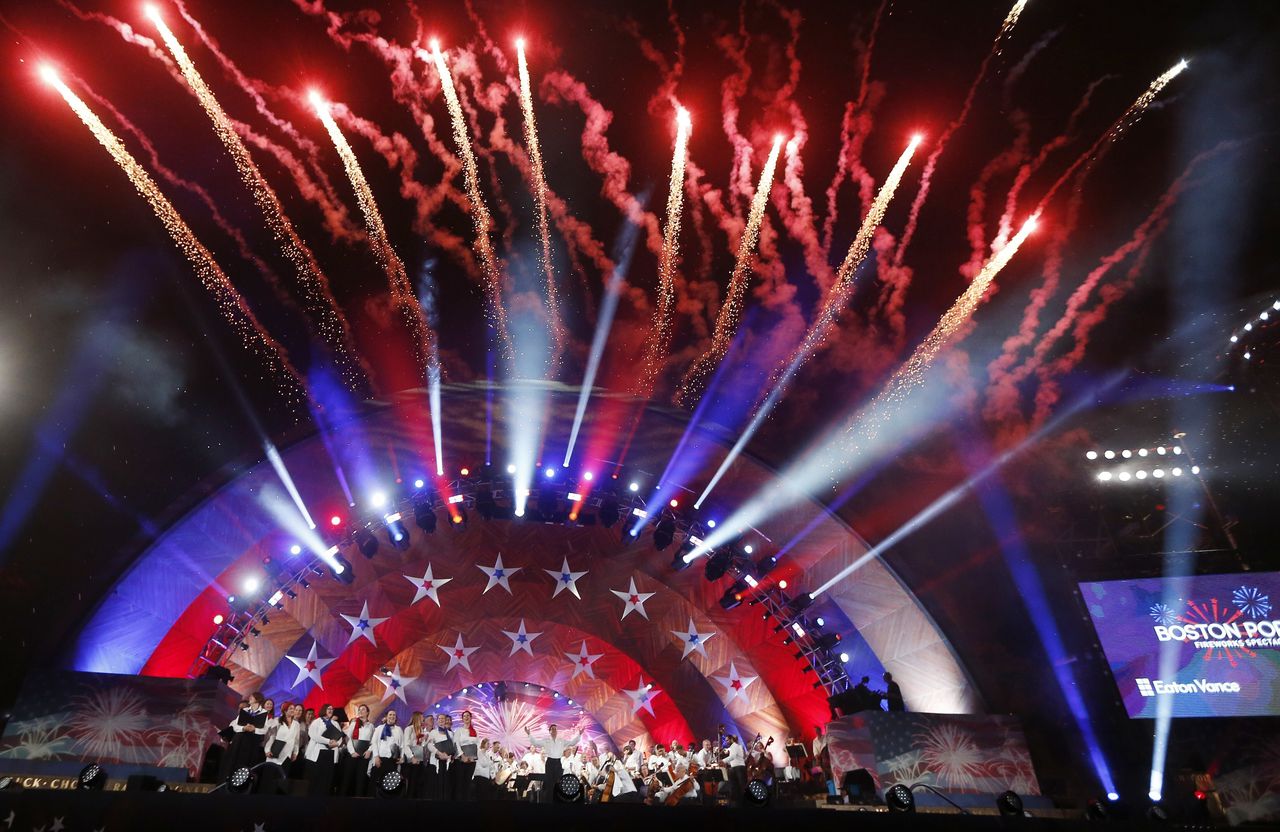 There are many fireworks shows that will be taking place across Massachusetts during the summer, and especially for the Fourth of July.

But only a few of these select fireworks shows can be named better than the rest.

With concerts, activities, food and festivals to go along with the fireworks, this list has some of the best displays in the state for people to watch.

Read below to see where some of the best firework displays are in the Bay State.

Returning to the Hatch Memorial Shell on the Charles River Esplanade for the first time since 2019, this firework show is a popular one for those in and around Boston.

The show is accompanied by Keith Lockhart, who will direct his 27th Fourth-of-July program as Boston Pops Conductor, will lead a program featuring the Boston Pops orchestra, along with the Tanglewood Festival Chorus and the Middlesex County Volunteers Fifes & Drums. The show is also welcoming a slew of performers and hosts. You can view details of musical guests here.

For those unable to attend in person, the concert will be broadcasted live nationally on Bloomberg TV and Radio, and locally in Boston on WHDH-TV Channel 7 from 8-11 p.m. The concert is free and fireworks will launch in the sky beginning at 10:30 p.m., after the concert ends.

Since 1991, Star Spangled Springfield celebrates the Fourth of July with family-friendly entertainment, a flyover by the 104th Fighter Wing, and a huge fireworks display.

The evening of activities will take place at Riverfront Park in Springfield. The fireworks are displayed from the Memorial Bridge and can been seen for miles in the sky. The music at the event can be heard on Mix 93.1 FM radio.

The event is free to the public and will kick off at 6 p.m. The firework display will start at 9:30 p.m.

On July 2, guests can bring their beach blankets and folding chairs to enjoy the 42-piece Hillyer Festival Orchestra on Derby Wharf at the Salem Maritime National Historic Site for a celebration of Independence Day. The event will be featuring a Pops concert and fireworks launched over Salem Harbor.

At 9:15 p.m. Salem will launch a “fireworks extravaganza,” accompanied live by the Hillyer Festival Orchestra playing the “1812 Overture” and other patriotic tunes throughout the entire fireworks display, making this display perfect to celebrate the 4th of July.

On July 4, the WooSox will celebrate Independence Day with a special patriotic fireworks display after the Worcester Red Sox vs. Scranton/WB RailRiders game.

The event is expected to run from 6:45 to 9:45 p.m. Tickets for the game can be bought here. The stadium is also hosting Fireworks on Fridays, meaning fans can stay for fireworks after games on Friday nights this summer.

The city of Worcester is hosting its Independence Day Celebration on June 30. The event will be hosted at East Park at 180 Shrewsbury Street in the city. The park opens at 4 p.m., with festivities following at 4:30 p.m. The fireworks will kick off at 9:30 p.m., complete with synchronized music during the show.

On July 1, UMass Amherst will host its annual Fourth of July firework show. Guests will be able to watch a huge fireworks show that runs along the top of the UMass Stadium. The night will also consist of live performances, hot air balloon rides, a beer garden, games, prizes, food, raffles and more. The event will begin at 5 p.m. and the fireworks show will begin at 9 p.m. Parking is free but other activities could cost money. This is an all cash event.

You can check out the full map of the event layout here.

A Tribute to America — Clinton

The Clinton Firefighters Local 3189 is once again hosting “A Tribute to America” fireworks show on Saturday, July 9. The rain date is Sunday, July 10.

These Cape Cod fireworks will take place on July 4 beginning at dusk and will be set off over the Provincetown Harbor.

For a better watching experience, people can watch the fireworks from onboard a ship in the Harbor. Dolphin Fleet offers whale watch plus fireworks cruises as well as a fireworks-only cruise.

On July 3, the town of Swampscott will host a Fireworks Festival on Monument Avenue that is set to include food, music and a craft beer garden. There will also be a $5 entry fee for the Night Shift beer garden.

The night of activities is expected to begin at 5 p.m. The fireworks will be shot off at dusk.

Have a favorite show that didn’t make the list? Email [email protected].